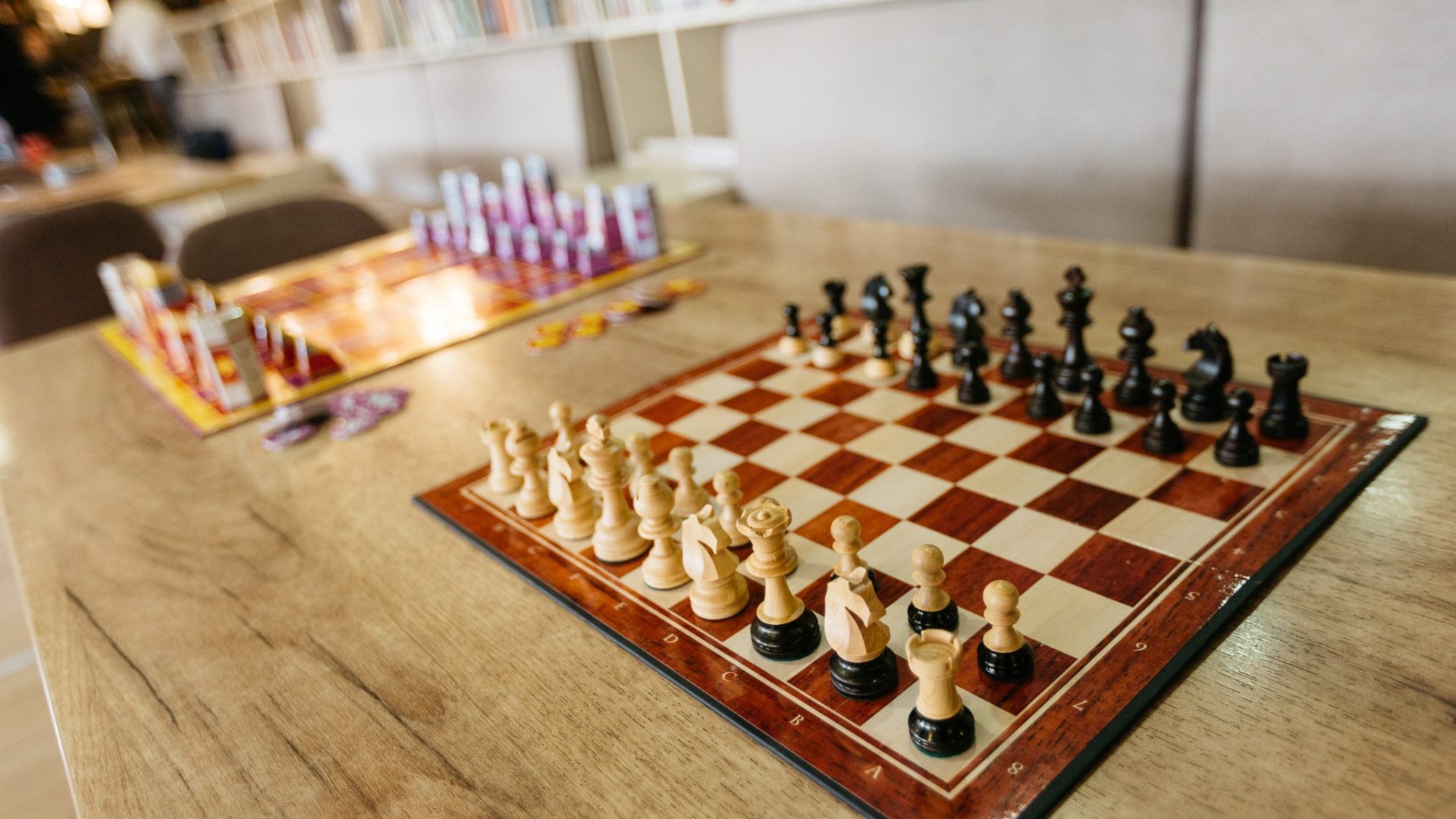 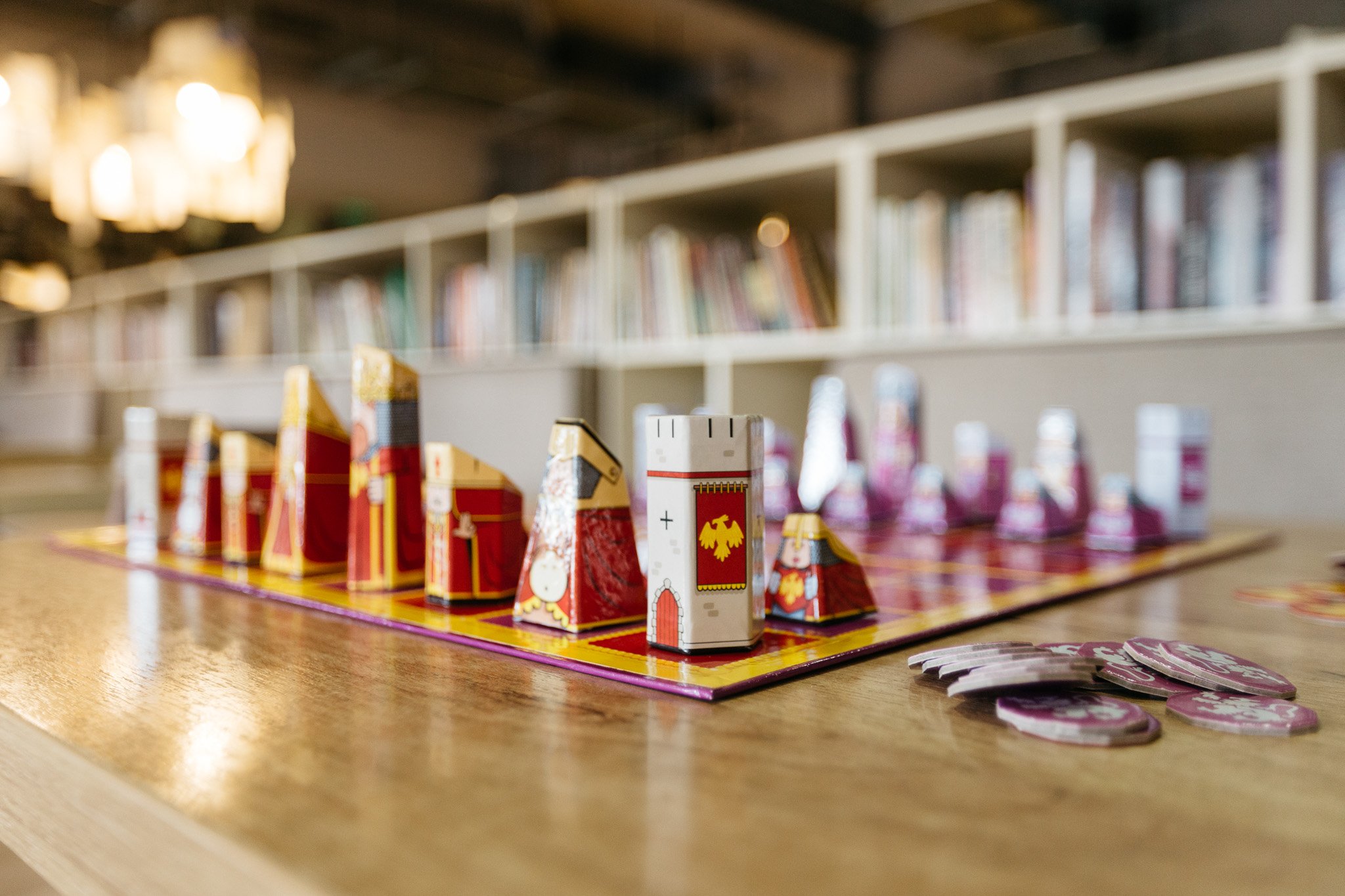 From chess to checkers, and from in-person to digital – different dimensions were explored

On 15 October, Euro Advance Association held the first ever “Hybrid Festival of Mind Games” at Sofia’s literary club “Peroto”. The unique event took place in two parts – a discussion on the benefit of mind games and a playing part – demonstrating how an urban art space can be transformed for social and sports activities, attracting the city’s youth.

The event was organized by the Euro Advance Association, in partnership with the “Art Sport Talent” Foundation, First English Language High School and Lozenets District Municipality, with the financial support of the “Europe” 2022 Program of Sofia Municipality. The aim of the festival was to introduce and adapt innovative European solutions for practising mind games. It was this creative approach to urban spaces as places of valuable entertainment for young people that the panellists discussed, each offering a different perspective.

Presenters at the festival

Konstantin Pavlov, mayor of the Lozenets District, presented the view of the city administration, stressing that the idea of ​​rethinking the open urban spaces for the modern generation of children remains an important issue for the Bulgarian municipal authorities.

“We have to find the balance between socialization, digitalization and live games. We still have a lot to do, and today’s event is a step in the right direction,” he stressed. Pavlov hinted that the district administration is preparing and considering ideas for the transformation of free urban spaces, such as playgrounds and parks, in a way that offers intellectual games. The mayor appealed to developers and creators to propose ideas for such a transformation, for example by using the so-called hyper-reality (or augmented reality).

Grandmaster Valentin Lukov and Tanya Bogdanova, a psychologist at the First English Language High School in Sofia, illustrated the role of chess as a platform for a better professional and educational realization of young people. Grandmaster Lukov presented a number of examples of the inclusion of chess lessons in the French school curriculum.

Simeon Stoichkov, chairman of the “Art Sport Talent” Foundation, also offered a different view on the benefits of chess: “Chess should be encouraged as an activity for a healthy society. It builds emotional intelligence, respect for the opponent, responsibility and friendships.”

Krasimir Topchiyski, from Metatrans Apps, emphasized the connection between information technology and chess. After the debate, he also demonstrated how the best Bulgarian chess software “Bagatur” works. Likewise, there was a demonstration for the applications “Chess for Kids: From Kindergarten to Grandmaster”, “Chess Position Scanner”, “Dinosaur Maze 2D”, “Mathematics for Kids: 1, 2, 3, 4 grades”, “Stroop effect test” and others. Guests at the event enjoyed trying out these games.

The second part of the event gave twenty young chess enthusiasts the opportunity to play a game against Grandmaster Lukov and the Master of Sports Stefan Simeonov. The first move of the chess session for the simultaneous game was made by the well-known TV presenter Yana Grudeva, as well as the actor from the Satirical Theater, Borislav Zahariev.

Although chess took centre stage as the “king of mind games”, all attendees had the opportunity to test their skills in other games such as Go, Reversi, Checkers and Chess-960.

The organizers of the event, taking into account the high interest and enthusiasm for such initiatives, are planning a second edition of the festival in another urban space, yet to be decided. 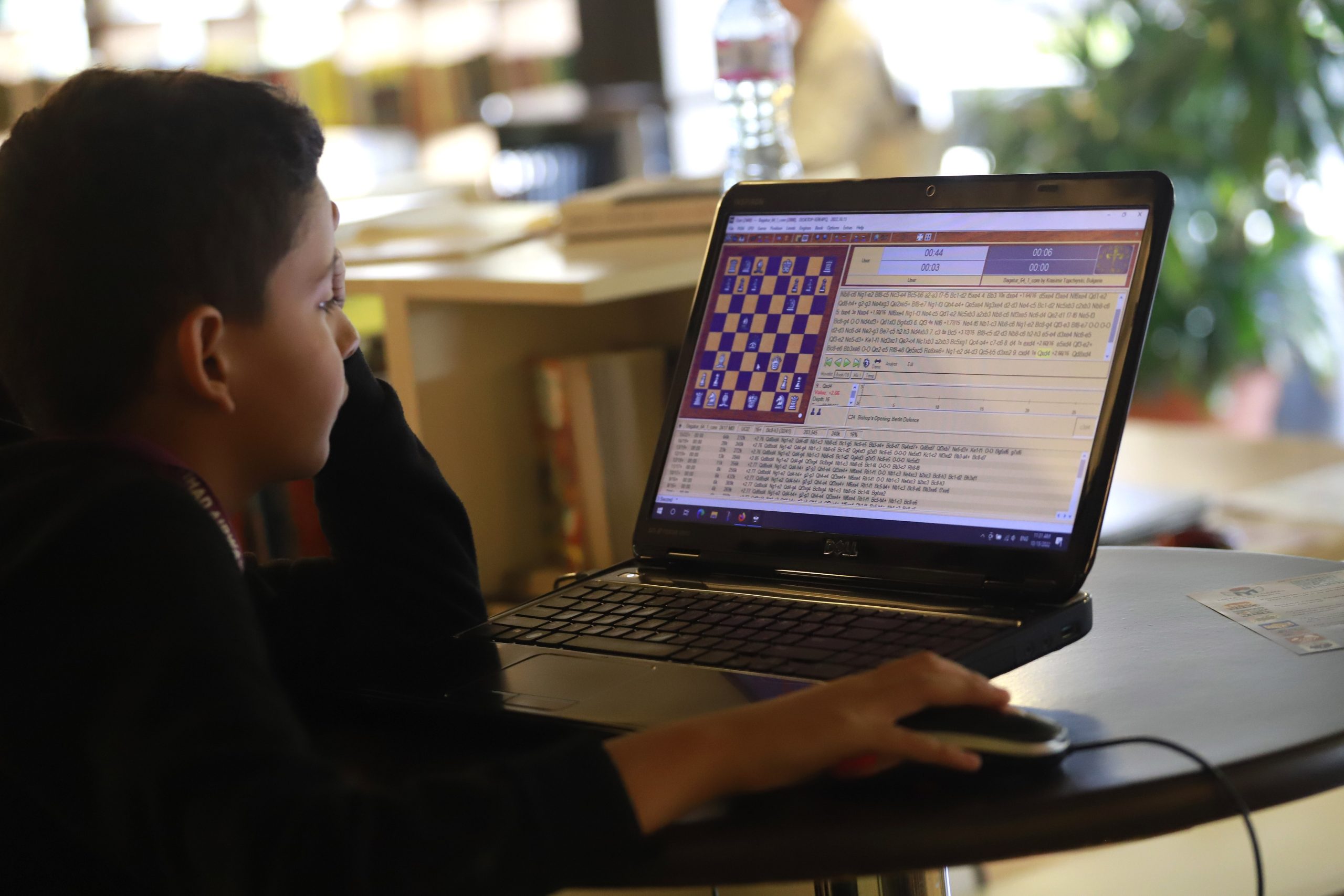